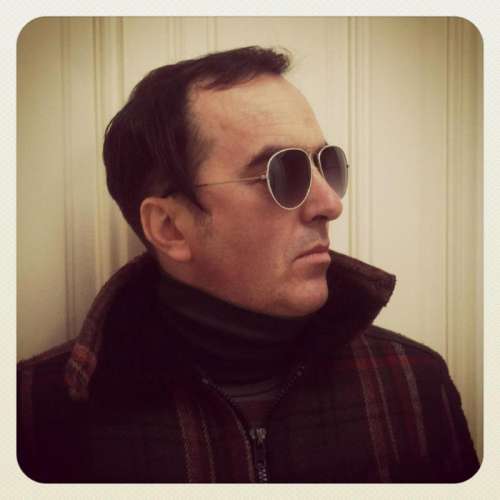 The author finds inspiration in the fascinating environment of the new performative space, and through his intervention into this location he aims to contribute to the layering interpretations and invite the audience to explore also the landscape of the body.

Žak was born in 1966 in Umag. He studied dance, mime and physical theatre graduating from the School of Physical Theatre in London. He continued his studies through several programs across Europe primarily in Amsterdam (Mime school, School for new dance development), and through the Moving Acadamy for Performing Arts (Berlin, Zagreb and Rijeka) and other locations.
He is one of the founders of the theatre collective Trafik in Rijeka for which he has performed and choreographed since 1998 (Hodač, Beufortova ljestvica, Europa pleše, Kinopredstava, Pozdrav s Jadrana and Utjelovljenje).

He has choreographed and also directed movement in productions across Croatia: HNK Ivana pl. Zajca, Rijeka, DK Gavella Zagreb, Kazalište Marina Držića Dubrovnik, HNK Zagreb, Kazalište lutaka Rijeka, Hrvatska kazališna kuća Zadar, Studiju Intakt Ljubljana, Plesni teatar Ljubljana, Prostor +, Rijeka. He has also collaborated with Putokazi, a choir from Rijeka for whom he directed several videos. He is an author in his own right and also has been featured on film and video works.
He is the recipient of the Vladimir Nazor Award for Theatre for his role in the performance “Imago” directed by Nataša Lušetić. At the „Naj naj festival“ in 2009 he was awarded the Best nonverbal Performance for Children for his work (“My Body”) produced by Gradsko kazalište lutaka Rijeka.
He also is the recipient of the Collective Award for the performance „Hodač“ produced by Trafik, Rijeka.